Don't like the original bet you created? Change it up until it's been accepted by a Taker.

Written by Mark Thomas
Updated over a week ago

We all make mistakes, both in life and in creating bets within ZenSports. While we can't help with the former, we can definitely help with the latter.

To edit a bet that you've created as the Maker, and that hasn't been accepted by any Takers yet, first proceed to the My Bets tab within the Bet screen: 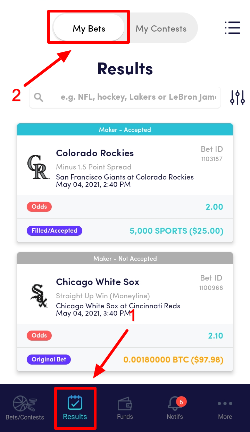 The "My Bets" tab represents all bets that you've already created as the Maker or accepted as the Taker.

Bets on the My Bets tab are color-coded and labeled as follows:

To edit a bet, tap on any bet in white on the My Bets tab. In the example below, either tap on the Portland Trail Blazers or Pittsburgh Pirates bet: 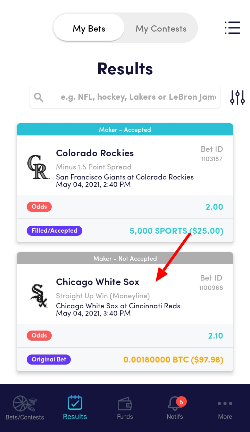 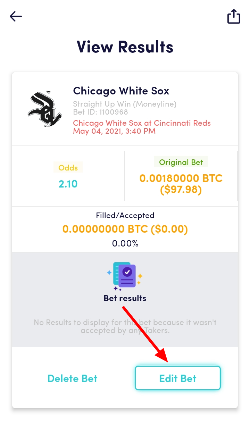 After you tap the Edit Bet button, you'll be taken through the exact same flow as when you Create a Bet, except all of your previous answers will be pre-selected during the process, so you don't need to come up with everything from scratch. Just simply change any of the details that you want to edit. Once you finish the process of edting a bet, you'll get a confirmation message letting you know that your changes have been saved: 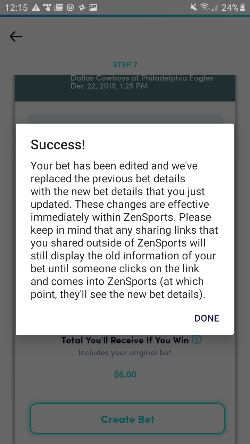